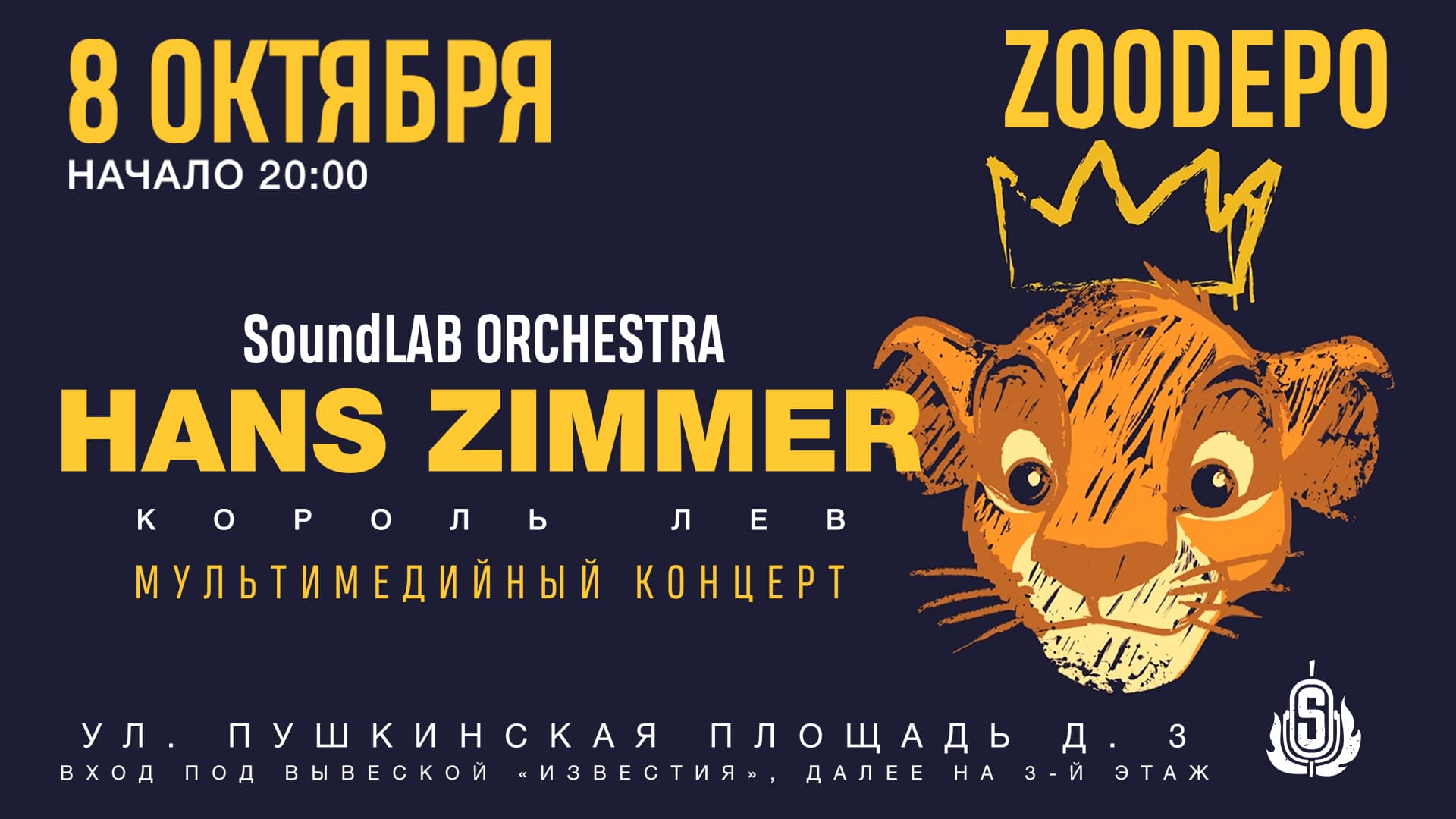 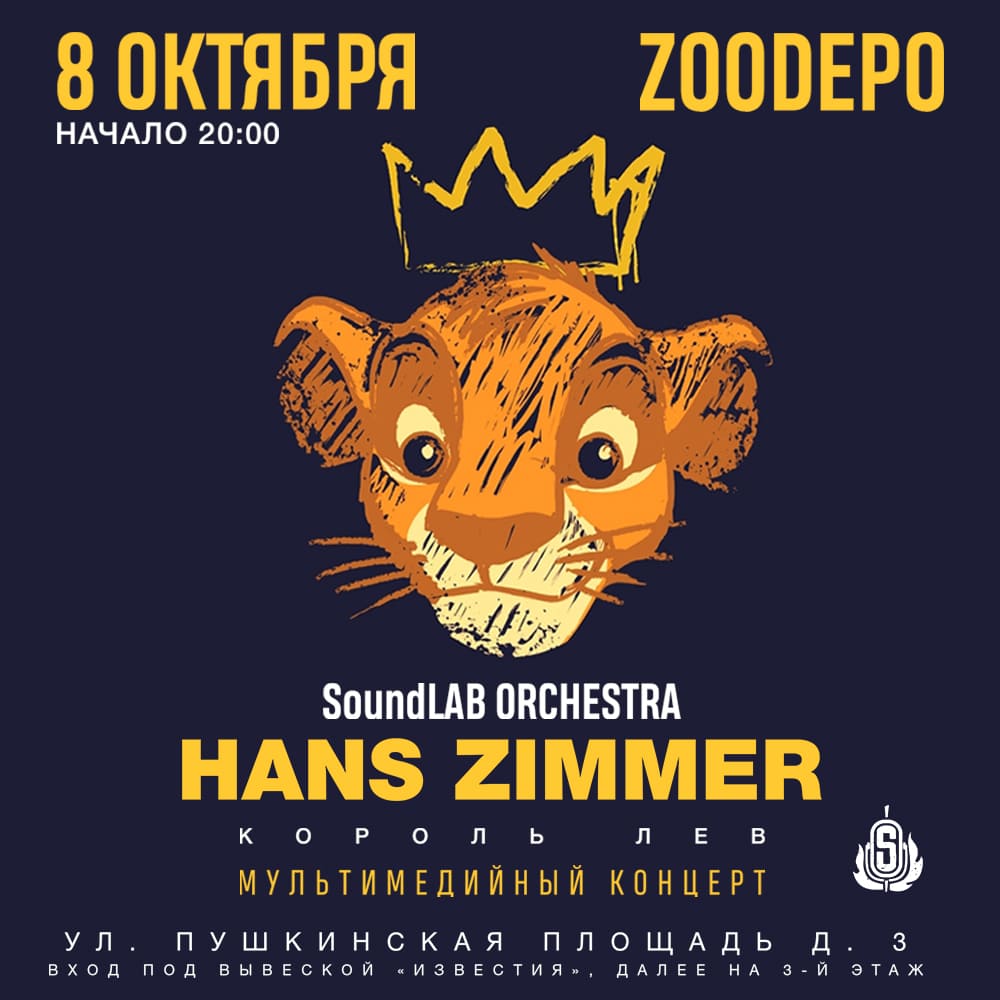 On October 8, 2021, at the unique multimedia venue located on the territory of the Moscow Zoo, ZooDepo SoundLAB Orchestra will play the official soundtrack to the 1994 animated film The Lion King.

The SoundLab Orchestra plays in a variety of styles and genres, constantly experimenting and mixing classical and contemporary instrumental music. This is a real sound laboratory, designed to surprise. Among the members of the orchestra are virtuoso musicians from Gnesinka, the State Tchaikovsky Conservatory, Boston Berklee College of Music and other world’s leading music universities.

An extended version of the soundtrack, featuring 30 minutes of previously unreleased material, was released as part of Walt Disney Records: The Legacy Collection on June 24, 2014. In 2014, Hot Topic released a soundtrack vinyl in the United States, which also became the best-selling vinyl, with sales of 1,043,000 copies as of June 2014. You can hear the soundtrack from the cartoon beloved by millions live in their reading on October 8th.

The music from this cartoon has become a real hit all over the world. Songs written by Elton John and Tim Rice, as well as music written by composer Hans Zimmer, are recognizable from the first chord even today. It is noteworthy that Elton John is the performer of several tracks that are included in the cartoon. The official album was released on May 31, 1994 on CD and cassette. The soundtrack, which was written in three countries at once — in the United States, Great Britain and South Africa, became the best-selling release for an animated film in the United States: more than 7 million copies were sold, of which 4,934,000 copies were in 1994. In 2010, online music store Rhapsody named the release one of the greatest Disney and Pixar soundtracks of all time.