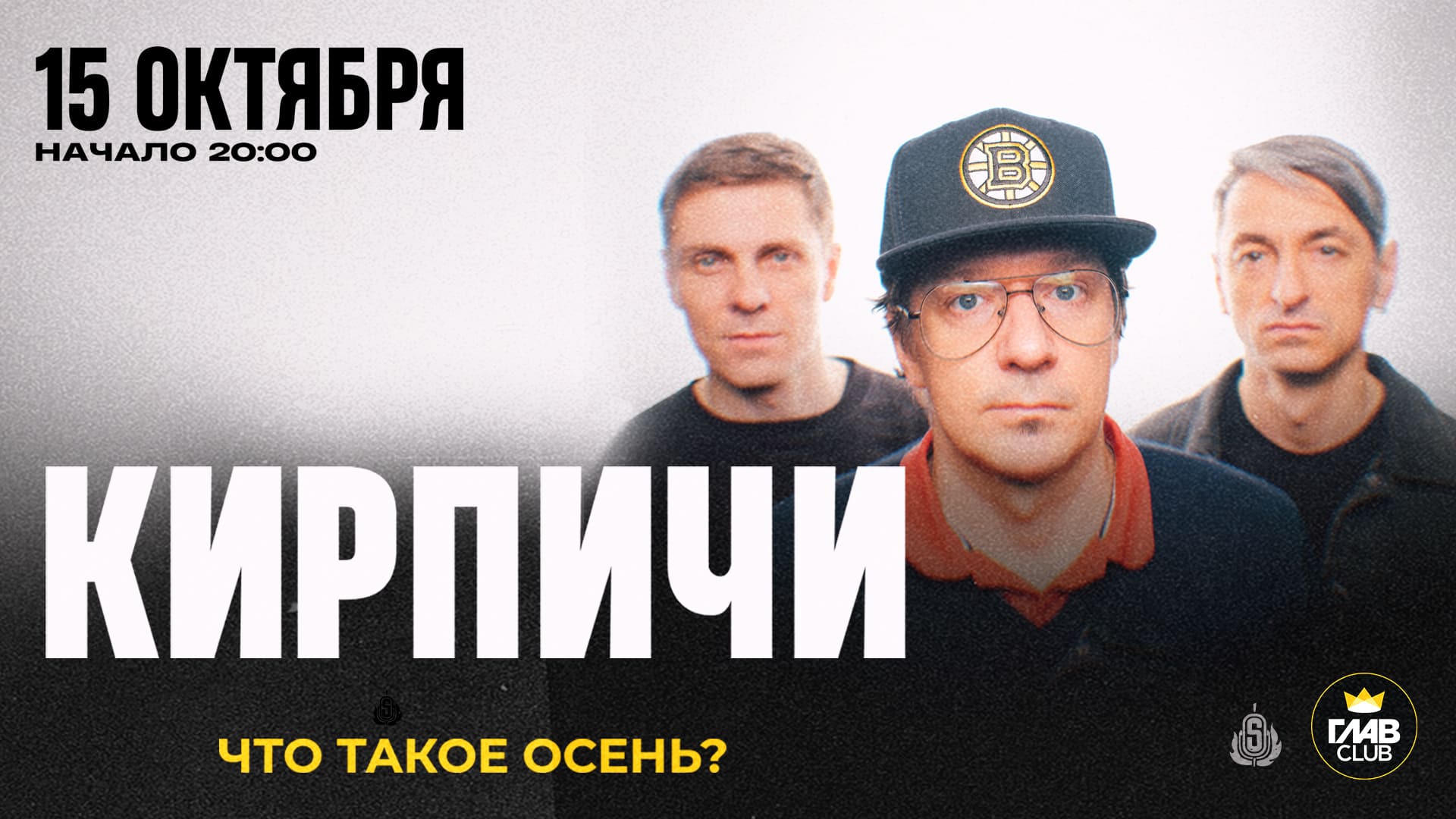 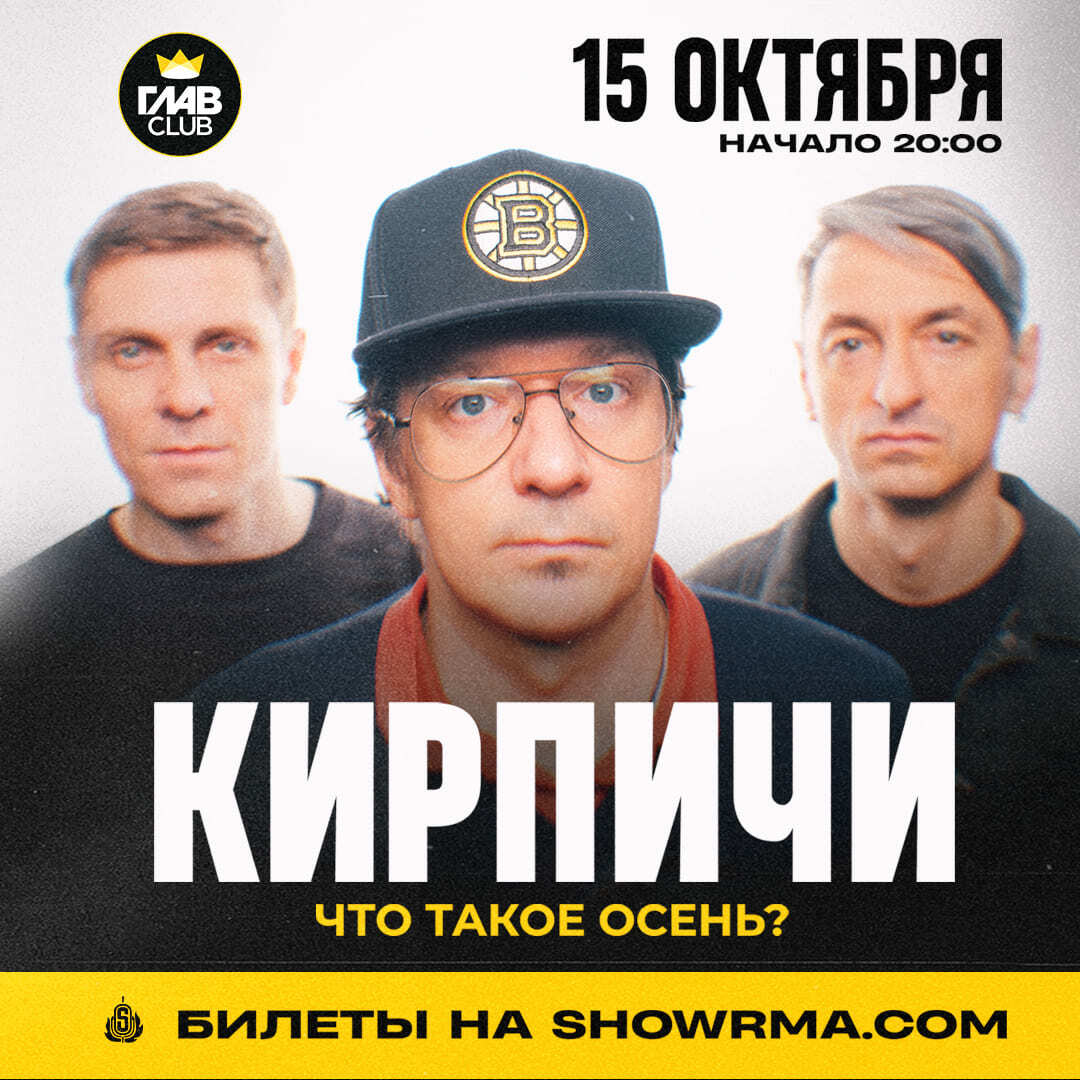 The event has ended
20 : 00
October
15
A languid autumn evening on October 15, 2021 will take place under clear riffs and beats - on the stage of the Glavclub with the program “What is autumn?” the legendary St. Petersburg Kirpichi group.

St. Petersburg’s signature flair, combined with the ironic poetry of Vasya Vasin, has been creating the unique style of this group for more than 25 years. This time we are waiting for a concert, which will feature both well-known songs and those that are quite rare in the concert program.
Celebrating their 25th anniversary, Kirpichi released their twelfth studio album, "Senile Insanity", consisting mainly of feats with other musicians. According to Vasya Vasin, guitarist and permanent leader of the group, "Senile Insanity" is not just disagreement, but an absolute non-crossing of the Kirpichi group with the so-called modern music. Nevertheless, Kirpy remain relevant today, and the album "Senile Insanity" was enthusiastically received by both fans and critics

Kirpichi, as always, are not afraid of experiments, but at the same time remain true to themselves. In one track they make fun of themselves and those around them, in the other they turn on social protest, and then in one second they move on to soulful lyrics. Each of their performances does not leave indifferent even the most stubborn skeptic. Powerful energy, intelligent chaos, and most importantly — favorite songs — this is what the audience always expects and always gets at the concerts of Kirpichi.