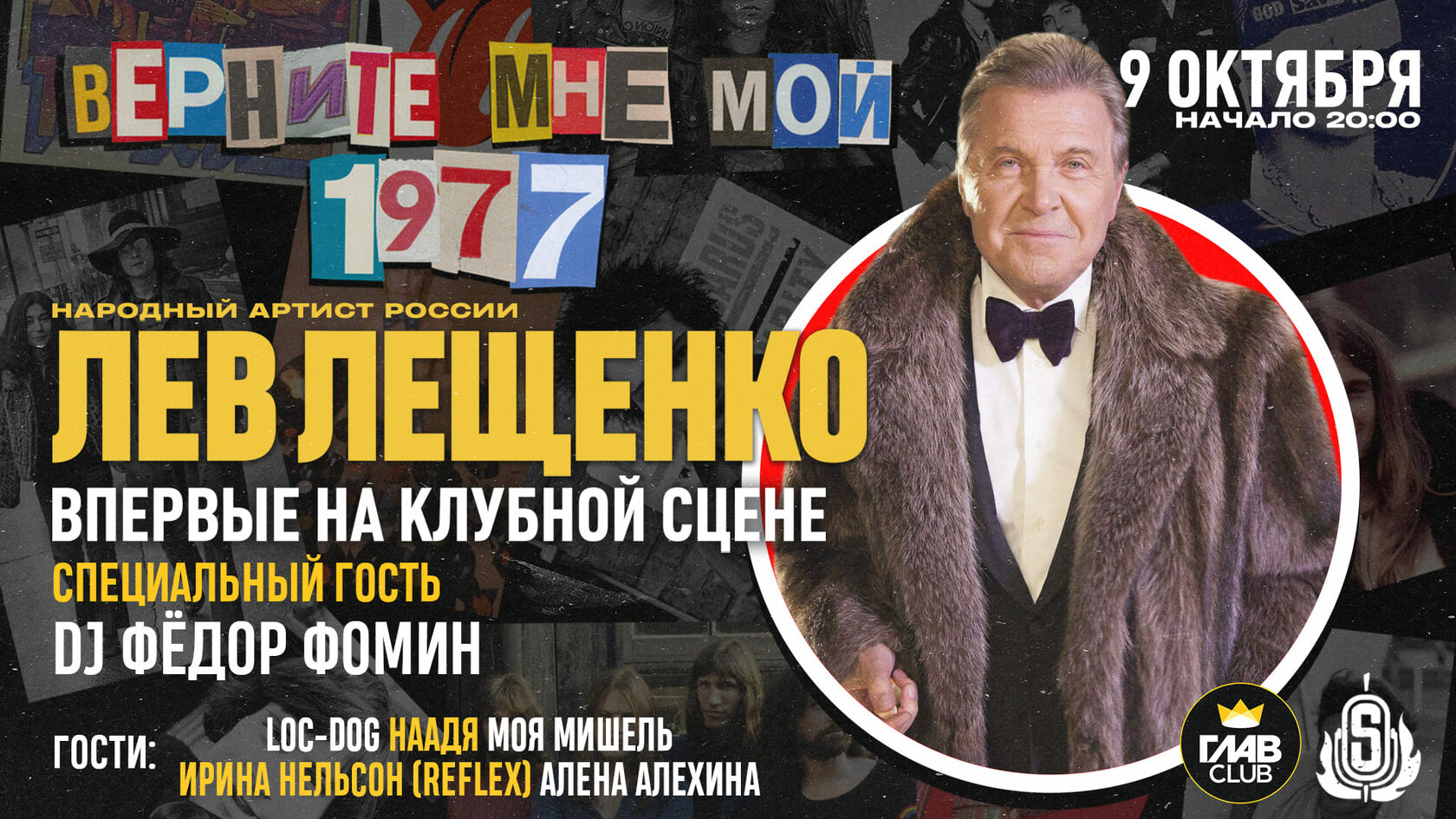 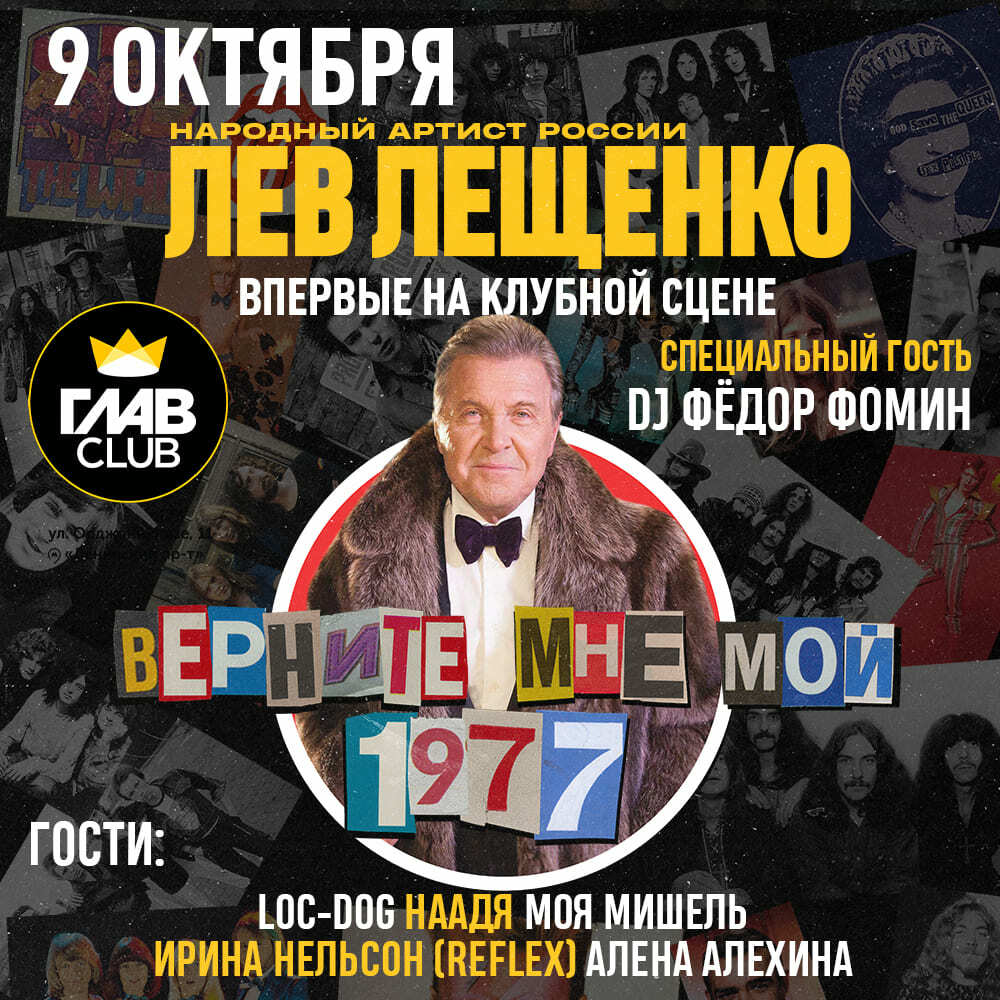 This concert will definitely go down in history and should not be missed under any circumstances: for the first time, the master of the Soviet and Russian stage will perform on the club stage, whose voice cannot be confused with anyone else, the owner of all imaginable and unimaginable awards.

All of us more than once witnessed attempts to return 2007, 1997 and even 1987 in various performances, but no one has returned 1977 yet, and it was in this year that Lev Valerianovich Leshchenko received his first official title - Honored Artist RSFSR. At the concert on October 9, we will plunge into the atmosphere of those years in a company that cannot be better!

All the hits of Lev Valerianovich will be performed on the stage of the GLAVCLUB: "Hope", "Farewell", "Nightingale Grove", "Parents' House", "Team of Our Youth", "Goodbye, Moscow!" and many others.

The master already had experience performing on rock venues. At KUBANA-2015, Lev Leshchenko literally "teared" the festival field, forcing several thousand spectators to sing in chorus — this atmosphere is difficult to convey in words. The upcoming performance is one of the same experiments that you just need to see, because it is not every day that such concerts can be found in a regular club poster.

What are we used to celebrating at the club stages? 10, 20, 30 anniversaries of musical groups. And now it will be checkmate and checkmate at the same time. Lev Leshchenko has been on stage for 62 years, and in a few months we will congratulate him on his 80th birthday! Several generations have grown up on the songs performed by him — our older brothers and sisters, parents and even grandmothers. This is a unique chance to touch a real legend!

On October 9, special guests will appear on the Glavklub stage together with Lev Leshchenko — Loc-Dog, Irina Nelson (Reflex), Naadya, My Michel, Alyona Alekhina and many others. There are many who want to perform with the legend and, believe me, more interesting surprises are waiting for you, including a special set from one of the most sought-after DJs, the cult resident of SIMACHEV SHOP & BAR, who changed the format of Russian club life — Fyodor Fomin. All of his introductions are based on the principle of "dance and obey" or, as they said in 1977, "everyone dances!".

Run for tickets to the box office, or, well, the old fashioned way — online!